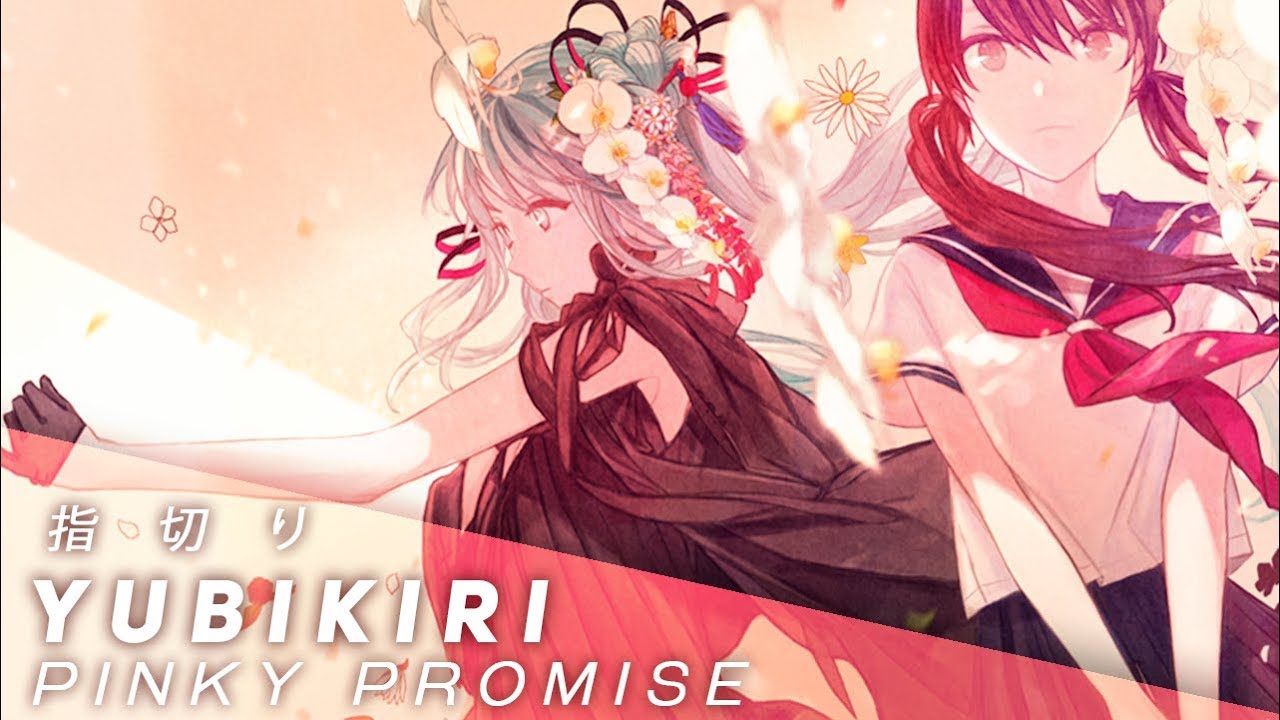 Do you pinky swear?

▶▶ Help choose my next song by donating!

Ok so I’m sure a lot of you know this song and backwards and forwards by now, but in case you don’t…there’s a bit to be explained lol. So first, “yubikiri” literally translates to “finger cutting” and is the Japanese version of a pinky promise with the idea that if you break the promise then, well, you get it. The origins as to why it’s called this aren’t certain as far as I’ve read but there’s a theory that prostitutes in Yoshiwara aka. red light district would give their pinky to their lover as a show of devotion, taken from cadavers sometimes instead. Again, I can’t find great sources on the origins but they do align with this song pretty well and it’s pretty clear what’s going on in this PV from Project Diva. Also, I should explain that the very last line is “yubikitta” which was hard to convey all the meanings it holds in just four syllables but is essentially the past-tense of yubikiri, thus, can be read literally as “finger cut”. Yeah o have fun with that, I’m sure someone in the comments will have better knowledge of all this compared to me. I also took freedoms with the lyrics since I wanted it to have more impact in certain places and had to interpret things further than they were originally suggested. Basically what I do in every one of the covers lol so yeah.

Enough explaining, I keyed it down (-3) for anyone who will ask and slaved way too hard over those harmonies since my program kept crashing. Classes are hard and my brain is drained, so I’m gonna eat and pass out after this. Enjoy!

For you alone, I’d carry any sin

Trust me when I say,  you’re rare in every way

I prefer to speak my mind

These aren’t pretty lies, no

All that I see, inside your eyes upon me

Are other people I’d rather see dead

Look at me, look at only me I beg

My heart will ring a sound but quietly

It bathes in black, with filthy chords I sing

The men, before, I knew yes they’re nothing next to you

I don’t care what past you keep

All that is mine, my body, heart deep inside

Whatever I need to give to be free

I lay inside an exhibition, small and dark

Holding a love covered in dust, just like my heart

So I need to show you that I’m serious, I’ll show them all

Hair that I lose, tearing my nails from the root

Cutting a pinky or two if it means

That these feelings carry for eternity