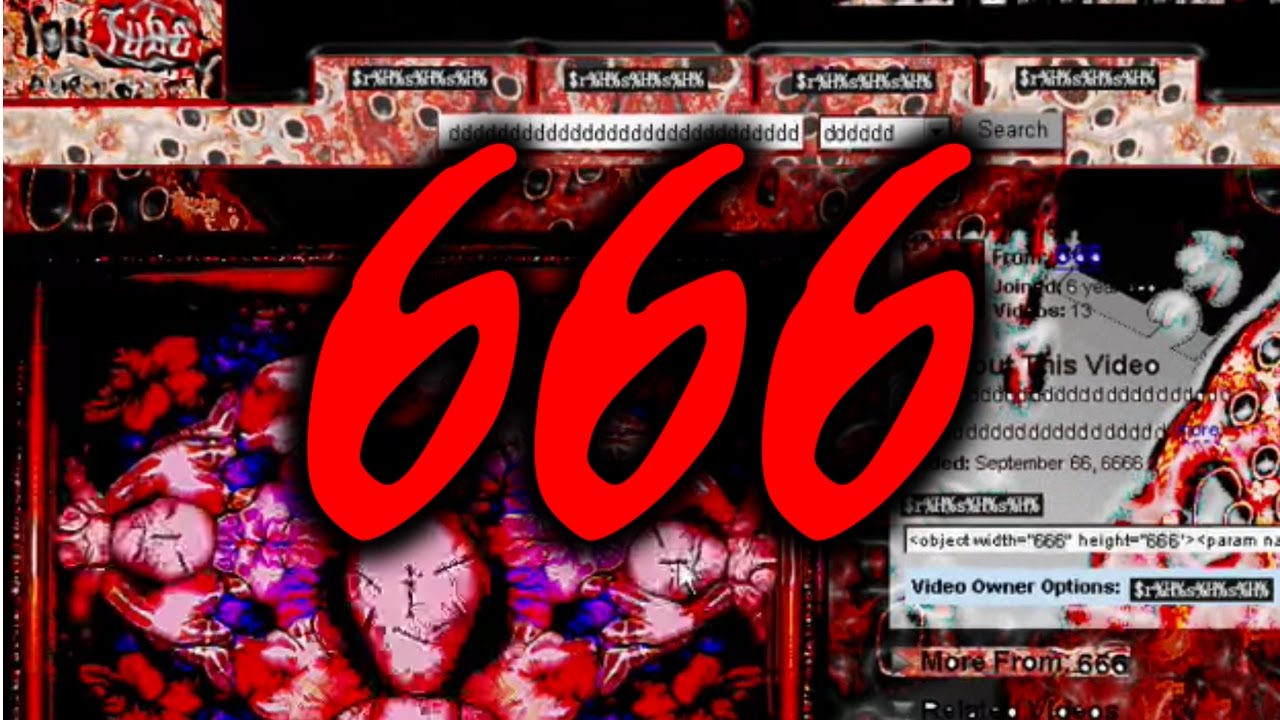 Welcome back to a brand new Episode of SCARIEST VIDEOS ON YOUTUBE – this is the 4th episode already and it seems like you guys been enjoying this new series like crazy! Today I have a very highly requested and famous video review series for you: We’re checking out the infamous USERNAME 666 – apparently Satan’s YouTube channel. Everybody knows the urban legend/creepypasta that is connected with Username 666 on YouTube and the channel has been suspended years ago, but a channel named nana825763 still has most of the fucked up username 666 videos uploaded. So let’s check some of them out! Also let me know if you want more episodes of SCARIEST VIDEOS ON YOUTUBE! 2000 Likes would be awesome!
➤ Talk to me on Discord:
➤ Support me on Patreon:
➤ Facebook:
➤ Twitter:
➤ Snapchat: Rene_Luigikid
➤ Instagram:
➤ Twitch Livestreams:
➤ T-Shirts:

Luigikid Gaming is an Austrian Let’s Player that is best known for his hilarious .exe game videos such as Sonic.exe and his LUIGIKID REACTS Series. Furthermore, many of his Let’s Plays are on games that are related to Nintendo, Five Nights at Freddy’s and Undertale as well as random scary horror games. Subscribe today to become part of the Plumberhood!