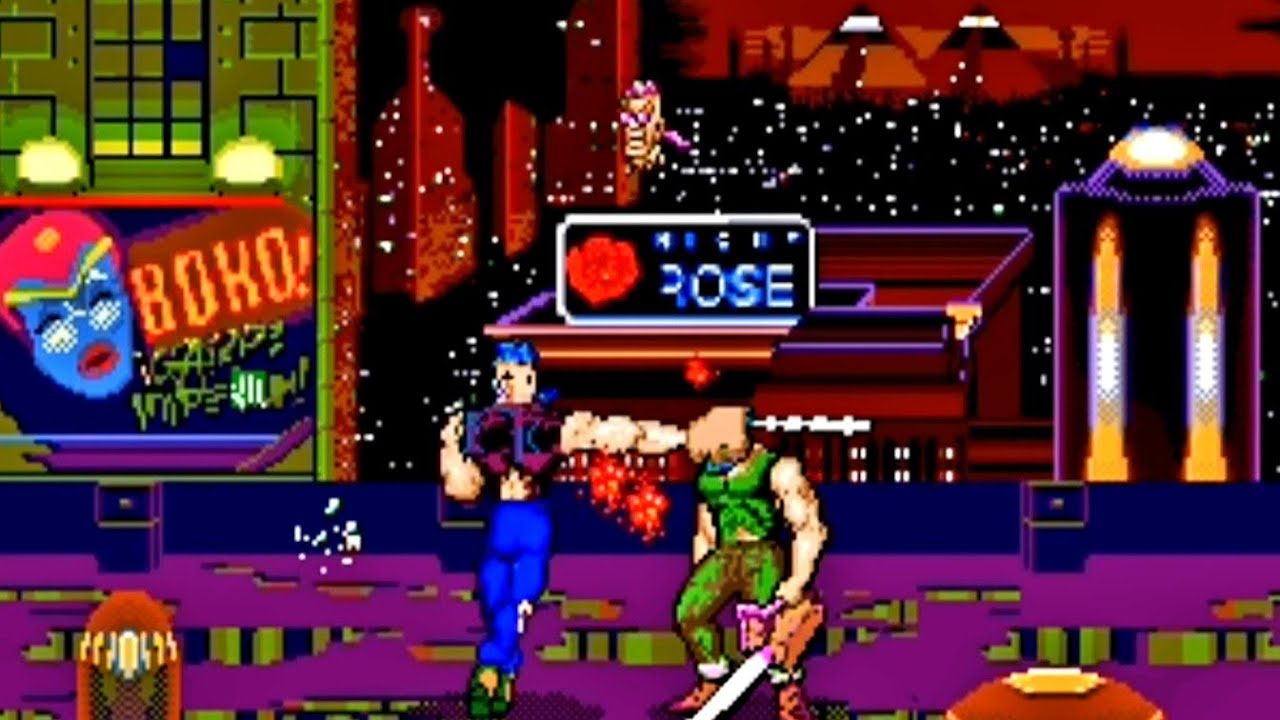 Played through as Rancid on the warrior difficulty level.

Time Killers was originally released in arcades by Strata in 1992. and though it was far from great, it did differentiate itself from other Mortal Kombat knock-offs in a few notable ways. Instead of using digitized sprites, it went with more of a hand-drawn look. It also allowed you to dismember your opponent at any time in a match – if he blocks all of your attacks, hack of his arms so he can’t defend himself! Or, if he leaves himself wide open, just take his head off to end things right there and then.

It never played particularly well, but it did draw attention with the ridiculous amounts of violence (and general level of stupidity) it displayed.

The Genesis port was reportedly done in 1993, and was cancelled before its anticipated 1994 publication date. Magazine reviews tore it apart (ha!), citing the clunky, slow game play and the hideous, severely cut-back graphics as major problems.

And they weren’t wrong. I’m not sure how it came about that the game would be published years later, but THQ really should’ve resisted the temptation – the game had not been improved by the intervening years.

Time Killers is an amusing oddity, and it can be fun with a friend in short bursts, but it’s also an embarrassing mess that really never should’ve seen a commercial release.

But still, when you can change the violence level to “decapitation” in a game, you know you’re going to get something tacky and over-the-top. Time Killers doesn’t fail there.
_
No cheats were used during the recording of this video.

NintendoComplete ( punches you in the face with in-depth reviews, screenshot archives, and music from classic 8-bit NES games!

Visit for the latest updates!