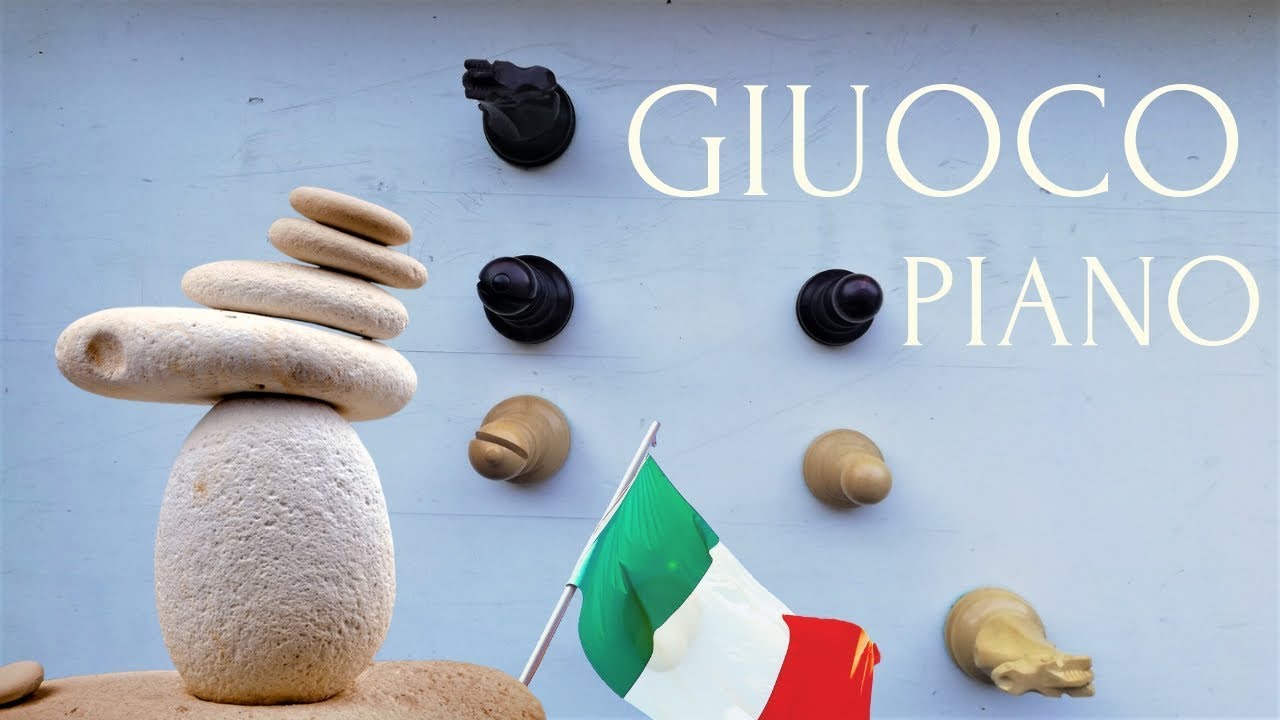 The Giuoco Piano (“the quiet game”) is one of the oldest, most famous and most heavily analyzed openings in history.

For an introduction to the Italian Game, watch this video on the basics:

Watch the other variations of the Italian covered in detail:

The Giuoco Piano is the first recorded chess opening in history. It dates back to the Renaissance, and its theory was developed in the 16th century. The name can be translated from Italian as quiet or slow game, but don’t let it mislead you, it’s a very complex and exciting opening.

I believe that it requires you to understand positional, strategical and tactical aspects of chess in order to master it, and that that’s the reason the opening remains one of the most popular and most often played on all levels. It combines every skill a player must have. This is why it’s a perfect choice for beginner to intermediate players as a tool to improve at chess and develop their senses over the board.

Another reason why the Giuoco Piano is a very important weapon for an e4 player to add to his repertoire, is the fact that it revolves around ideas, rather than forced lines which require you to memorize 20 moves of theory. It requires you to understand a position rather than know it perfectly.

The Giuoco Piano allows you to develop your plans during a middlegame, think ahead, anticipate your opponents maneuvers and try to prevent them. A wonderful opening which never gets boring.

Studying it and getting better at the Giuoco Piano will not work unless you develop a feeling for the positions which it results in. Unlike some other openings, this one, I believe, requires you to understand it deeply. The best way to do that is to play it. You should start by studying games of the great players who have employed it (Carlsen, Caruana, Kasparov…) and see what their ideas were.

After you have collected enough knowledge, go and try those ideas out! Good luck!